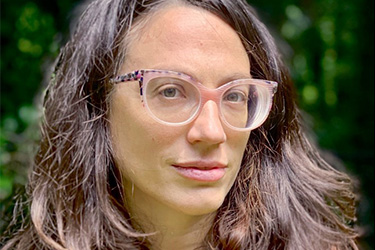 Sabine’s films and videos have screened at festivals worldwide including the Image Forum Festival in Japan, The Ann Arbor Film Festival and Migrating Forms in New York. Her feature essay films I Have Always Been A Dreamer and Speculation Nation have screened internationally including at the Viennale, MoMA, Cinéma du Réel at the Centre Pompidou, and The Copenhagen International Documentary Film Festival.

She has also produced art for public spaces as well as interactive installations that have been shown at the Zolla Lieberman Gallery in Chicago, Art In General, Devotion Gallery, PS1 Contemporary Art Museum, and Hudson Franklin in New York.

She teaches film and animation at the University of North Carolina, Chapel Hill.