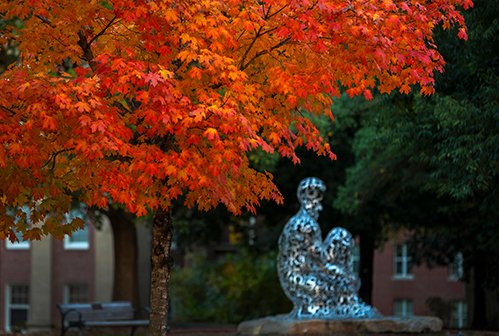 Laeta Kalogridis ’87 is a screenwriter and producer of television and feature films. She is a graduate of Davidson College; University of Texas at Austin’s Michener Center for Writers; and the UCLA School of Theater, Film and Television’s MFA program. Her writing credits include Alexander (directed by Oliver Stone), Shutter Island (directed by Martin Scorsese), Battle Angel Alita (directed by Robert Rodriguez), uncredited rewrites on the first X-Men, the first Tomb Raider, and Cruella, as well as the creation of the Netflix television show Altered Carbon. She also created the television shows Birds of Prey and Bionic Woman. Her producing credits include the films White House Down (directed by Roland Emmerich), The House with a Clock in Its Walls (directed by Eli Roth) and Avatar (directed by James Cameron). She lives in Los Angeles with her spouse, kids and a surprising number of pets, all of whom are very helpful in the writing process.

Molly Sentell Haile ’94 is a writer and educator whose short stories and nonfiction have appeared in Oxford American, The North Carolina Literary Review, Epiphany, and elsewhere. Her work has received nominations for the Pushcart Prize and O. Henry Award and a Notable designation, The Best American Nonrequired Reading. Her short story "Little Things" won the 2020 Doris Betts Fiction Prize. An English major at Davidson College and a graduate of The University of North Carolina at Greensboro’s M.F.A. in Creative Writing Program, Molly has taught creative writing at Salem College and has been a regular contributor to O. Henry magazine. She currently teaches creative writing classes for people with cancer, survivors, and caregivers at Hirsch Wellness Network in Greensboro and volunteers with Greensboro Bound Literary Festival.

This event is free and open to the public. No ticket required.

Sponsored by the English Department and Davidson Arts and Creative Engagement