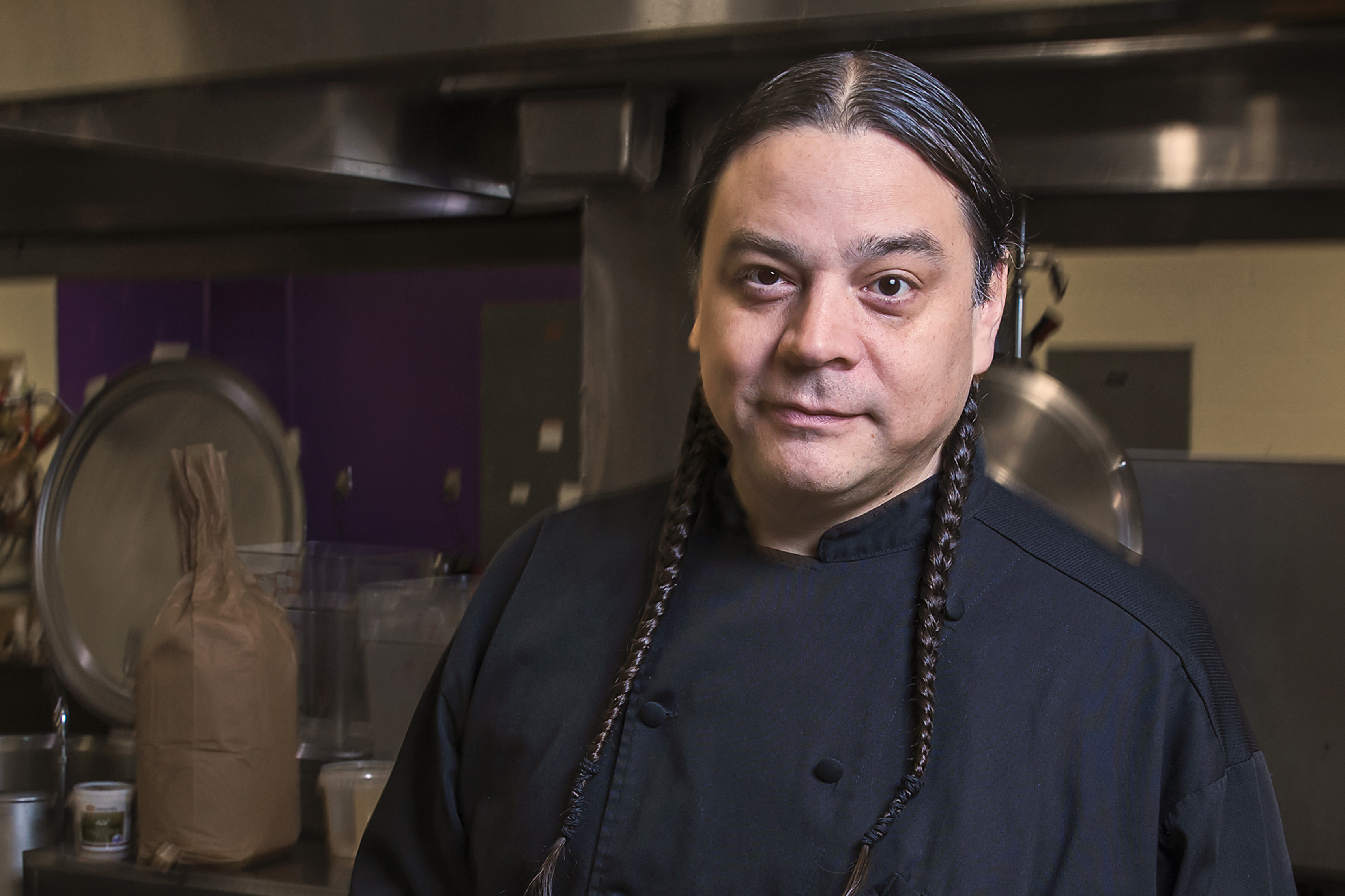 Sean Sherman, Oglala Lakota, born in Pine Ridge, SD, has been cooking across the world for the last 30 years. His main culinary focus has been on the revitalization and awareness of indigenous foods systems in a modern culinary context. In 2014, he opened the business titled The Sioux Chef as a caterer and food educator to the Minneapolis/Saint Paul area. In 2015 in partnership with the Little Earth Community of United Tribes in Minneapolis, he also helped to design and open the Tatanka Truck food truck, which featured pre-contact foods of the Dakota and Minnesota territories. Chef Sean and his vision of modern indigenous foods have been featured in numerous articles and radio shows, along with dinners at the James Beard House in Manhattan and Milan, along with teaching and sharing his knowledge to gatherings and crowds at Yale, the Culinary Institute of America, the United Nations, and many more. Sean has been the recipient of a 2015 First Peoples Fund Fellowship, 2018 Bush Foundation Fellowship, National Center’s 2018 First American Entrepreneurship Award, 2018 James Beard Award for Best American Cookbook, and a 2019 James Beard Leadership Award.